From idea to series production. Typical development steps on the example of a project

In the following we will lead you through typical development steps of MIM component up to series production. The selected component is a highly loaded towing lever for high-performance engines. This towing lever is used for valve control in the combustion engine and is particularly resilient due to the friction on the camshaft. A high-end towing lever, which withstands much higher stresses than the former model, could be developed due to a sophisticated lightweight design, combined with suitable materials and high-precision surfaces. Close cooperation with the customer has contributed to the development of the given towing lever into a typical MIM component. Now, it has been successfully produced in series production at MIMplus Technologies for several years. 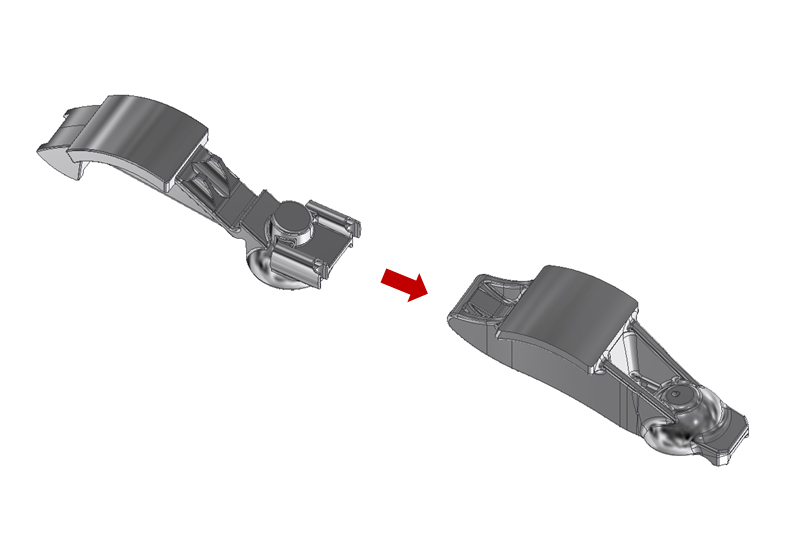 The customer requested a design of the towing lever at MIMplus Technologies but the original design was not fully compliant with the MIM design guidelines. In the course of close collaboration between MIMplus experts and customer’s designers, the component design was adapted to be produced using MIM technology.

Initially, the required and possible dimensions and tolerances of the request drawing were checked and necessary post-processing steps (grinding of the contact surface between towing lever and camshaft) were determined together with the customer. As part of the MIM-compliant design change, functional aspects of the towing lever were also optimized in order to further increase the efficiency of the high-performance engine. A very narrow oil drilling (diameter 0.3 mm) was also realised on the towing lever, which is only possible at low cost by machining the component in the condition of the green part. Using lasers, this highly precise oil drilling at MIMplus technologies was realized without the use of expensive, wear-and-tear tools. If the components had been manufactured conventionally, it would have been more expensive because of the very hard and wear-resistant material. During these design adjustments, filling simulations were used to simulate the filling behaviour of the component during injection moulding and to determine the position and geometry of the injection point. 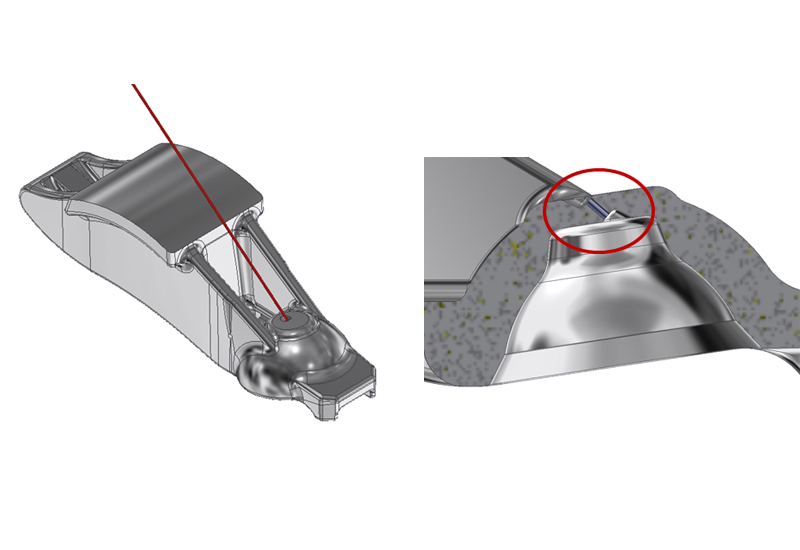 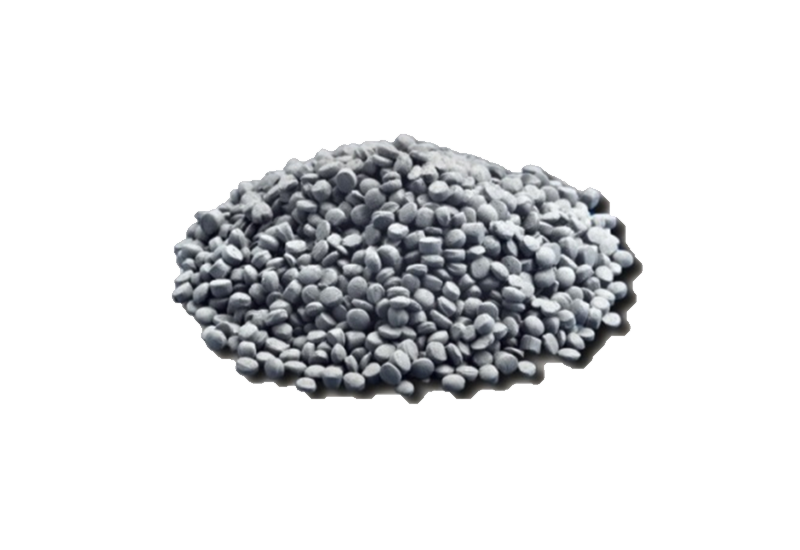 When the component design is determined, in the next step together with the customer we selected suitable MIM material meeting all component requirements: the material which can withstand high mechanical and thermal strain in the engine. In the final production step, the towing lever should be coated in order to withstand the extremely high friction loads in the engine. For that reason, providing a corresponding coating for the refining ability of the material was another key element to implement the project successfully. 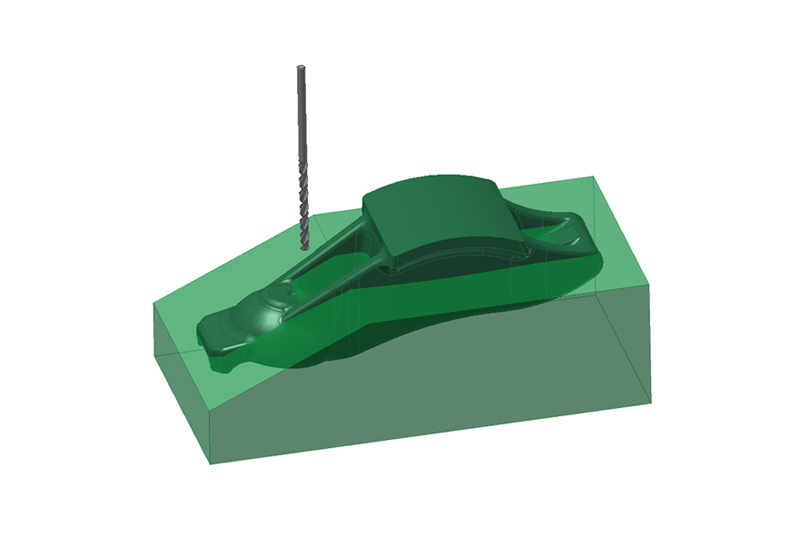 An injection mould prototype for the previously defined component geometry was produced in our in-house MIMplus mold making with tooling and manufacturing. In order to provide the customer with prototypes for initial tests, green compacts were milled from larger “green blocks” using the towing lever geometry and accordingly debinded and sintered. Alternatively, prototypes can be printed within a short time using binder-based 3D printing processes.
After completion of the prototype tool, the first samples were produced and sent to the customer for further evaluation. 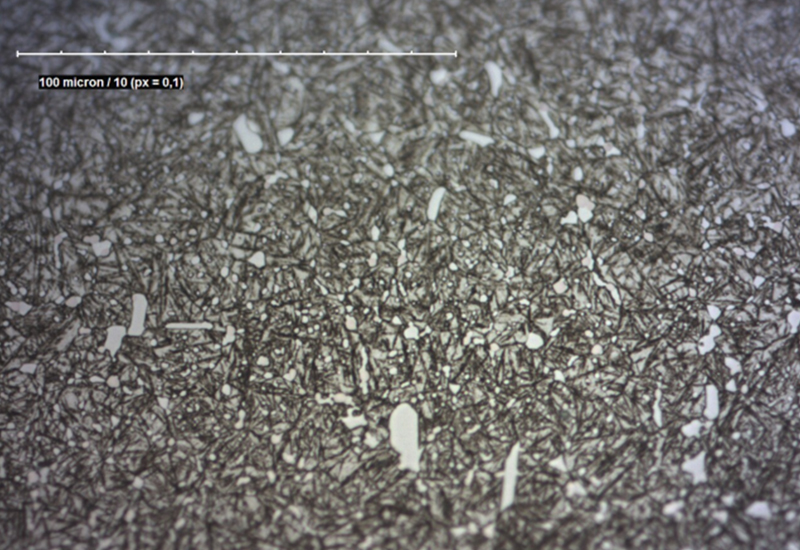 Sintered parts from the prototype tool were examined to determine their mechanical and other material properties (i.e. microstructure, chemical composition). Numerous examinations regarding wear resistance of the material were carried out by the customer. The in-process component tests were defined and evaluated. 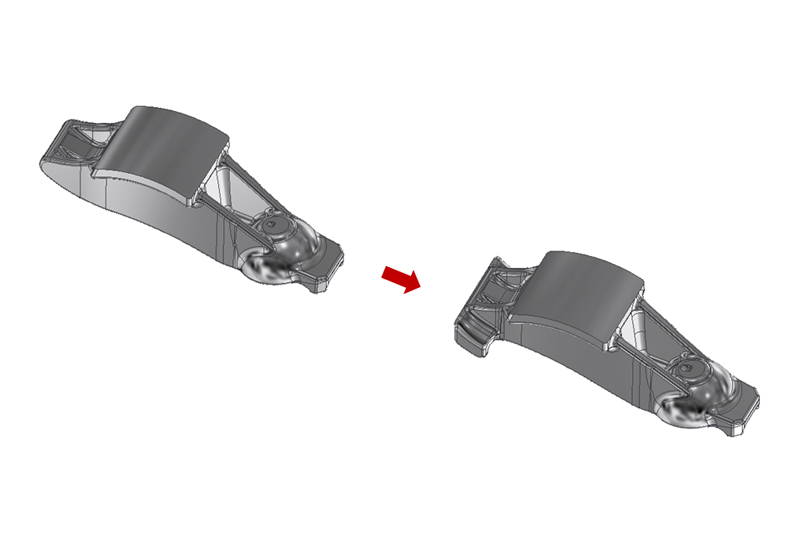 Step 5: Optimisation with the customer

In the next development step, various optimisations of the component and the manufacturing process were carried out on the basis of the previous results:
- For the reason of the component’s extremely high mechanical loads, the customer suggested selecting an alternative MIM material. A more wear-resistant, new material was selected and qualified.
- Furthermore, it was decided to implement a geometric change of the towing lever aiming to further increase the performance of the high-performance engine. The side wings were attached to the towing lever to ensure the exact positioning of the component in operation. These geometric changes were implemented as part of the production of the series tool.
- The processes of grinding and vibratory grinding have been optimised so that the adhesion of the wear coating has been improved. Thus, the lifespan of the towing lever has been enhanced. 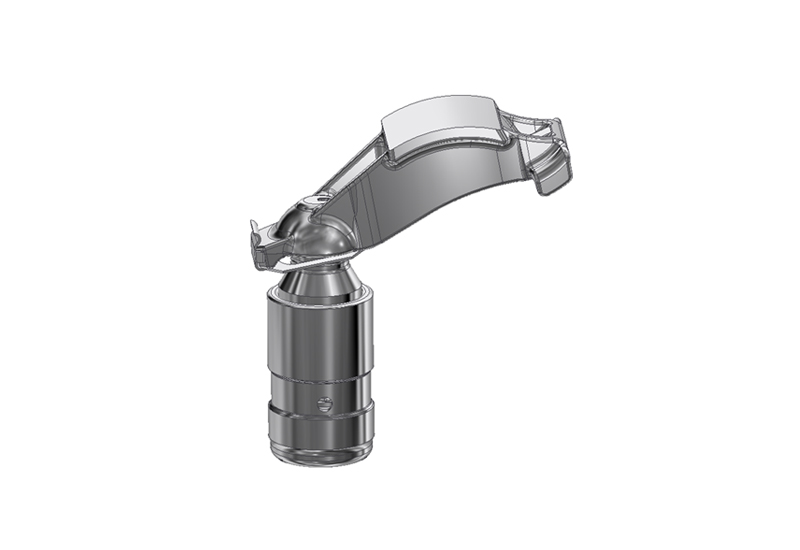 The series processes have now been defined based on the experience from the previous development steps. For the development of these processes, the parts from the series tool were used. Both internal production processes of the towing lever and processes carried out at external suppliers have been defined and qualified:
- Injection moulding
- Green part processing
- Debinding, sintering
- Milling
- Vibratory grinding
- Heat treatment
- Grinding
- Laser engraving
- Coating
- Assembly of the components

Step 7: Requirements for the series production

In the last step of the development we launched the series production. Initial samples were produced in accordance with serial production conditions and an initial sample inspection report according to VDA (German Association of Automotive Industry) was generated. The process capability was verified and appropriate test procedures between MIMplus Technologies and the customer were agreed.
Thus, the series production of the towing lever was launched.